The magic of wine gathers people around a table, in a special moment, in a particular place and invites us to conversation, to laughter, to share dreams aloud …

As I mentioned in our post on Catalan red wines https://aguideinbarcelona.com/2020/06/13/my-favourite-catalan-red-wines/, in Catalonia there are – until now, 2020 – 11 different wine origin appellations, besides the Cava appellation, which although it is not exclusive to Catalonia, 95% of its production is produced here.

In all these wine-producing areas red, white and rosé wines are produced, but nevertheless, some are better known for one type of wine or another.

Speaking of Catalan white wines, the authorized grape varieties in Catalonia are (I indicate in brackets the other name by which some grapes are known according to the origin area):

Being honest, it is not easy to have to highlight some white wine producing areas above others, because the truth is that in all 11 denominations we find wonderful whites to enjoy, but this is my goal in this publication today: to make a selection, so here I go.

The DO Terra Alta

Originally created in 1972 under the name of Gandesa, the current DO Terra Alta extends over 12 municipalities in the Catalan county (“comarca”)  of the same name.

Located between the Ebro river and the Matarraña mountains, it was always a border area where the Templars already cultivated the vineyard in the 13th century.

Oak and white pine forests, rich agricultural lands of the three typically Mediterranean products: the almond, the olive and the vineyard.

Spectacular interior Mediterranean landscape that extends up to 500m above sea level; wines with personality and strength, whose vines are often planted on slopes, oriented in different directions, on dry stone terraces to prevent erosion.

Calcareous soils, poor in organic matter with a climate of abundant insolation and little rainfall. Cold winters that denote its continental influence.

As main grape varieties we find the Macabeu, the Parellada and the Cariñena-known in Catalan land as Samsó, and there are both: white and red-. But above all when talking about Terra Alta we have to highlight the GARNATXA and in capital letters ( GRENACHE in English or Garnacha in Spanish, in Catalan language it is spelt with “tx”) , because all its types: the white, the black and the hairy or ” garnacha peluda” in Spanish (he, he, yes, a grape whose vine´s leaf has a kind of “hairy” surface ) achieve great character , personality, aromas and nuances in these lands.

Interesting! → currently the Grenache of Terra Alta represents 33% of the world Grenache, 75% of the production of Spain and 90% of the Grenache in Catalonia.

I love their white Grenache wines, which tend to be rich, creamy , with floral, herbaceous and fruity aromas such as peach, apple or pear, and medium -long aftertaste. They are silky wines, more expressive on the palate than on the nose, and  sometimes they show a very elegant salinity.

Curiosity! → Its 100% white Grenache wines, which show great sensorial quality and an above-average singularity, show the specific guarantee mark on their bottle: “Terra Alta Garnatxa Blanca” and it is mandatory to indicate the variety and the harvest year. 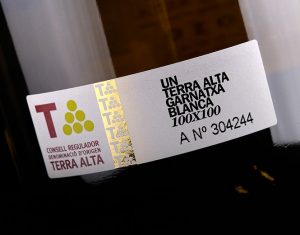 Wines that I have tried and fascinate me: The Ilercavònia from the Altavins winery, 100% white Grenache, a young fresh wine where its fruit and minerality stand out;  and the rich and creamy Edetaria from the winery of the same name, a 100% GB white and 8 months of aging in new 500l French oak barrels.

I love to highlight this appellation that despite the difficulties it has had to survive over time due to the urban expansion of the city of Barcelona and its surroundings, it has survived thanks to the constant work and perseverance of, in this case, the 9 wineries that are currently registered with DO Alella.

Its surface has only 227 ha., with 50 winegrowers and 9 wineries as I have mentioned.

Alella wines have a long history and an important meaning within Catalan winemaking. Known and appreciated since Roman times, which Plini and Marcial called them Laietana wines, Alella wines were, in the Middle Ages, the favorites in the city of Barcelona. Later they would be one of the most exported quality wines from Catalonia to the whole world, with an special importance in the overseas colonies where the Catalan population abounded.

At the beginning of the 20th century they were the wines of the Barcelona bourgeoisie.

The urban expansion of the Maresme region, where a large part of the appellation is located, has led to the decline of the vineyard to the present day.

The DO Alella is recognized for the quality of its white wines, both as a single-vineyard and as a blend. The main variety used in the elaboration of its white wines is Pansa Blanca, also known in Penedés as Xarel-lo, which in DO Alella has a particular character obviously marked by the type of soil and its proximity to the sea.

Its climate is Mediterranean, soft and gentle, although sometimes lacking in rain. Nevertheless the fact that it is a territory protected by the Serralada de Marina, a small mountain range that acts as a protective screen from the cold North winds and at the same time it retains the breeze that comes from the Mediterranean, allows the vines to achieve water balance since that  breeze turns into a humid air that sits on them.

Its type of soil is known as the “Sauló” with a sandy structure that absorbs the little rain that falls and forces the roots of the vine to dig deeply in search of that water and minerals that escape without being able to retain them.

A part of my heart resides in this origin appellation Alella, where I worked for some time and where whenever I come back I dream of moving in one day.

They produce excellent wines and cavas of different types but today I want to highlight Catalan white wines : the Pansa Blanca from wine states such as Alta Alella deserves special attention in its version of young fruit and fun wine, and in its more serious version, the Cau d´ en Genis, with 6 months aged in clay-based cement eggs. Alta Alella has always opted for organic viticulture and even today it produces natural wines in its cellar El Celler de les Aus.

But since there are not many, I want to mention the other six producers: Bouquet D´Alella, Alella Vinícola, Can Roda, Raventós d´Alella, Roura and Serralada de Marina.

The DO Penedès territory extends along a large strip between the sea and the mountains, halfway between Barcelona and Tarragona. In the middle of the Catalan Pre-coastal Depression, between the Pre-coastal Mountain Range and the plains of the Mediterranean coast, the Penedès vineyards grow. Subdivided into three sub-areas: Penedès Superior, Penedès Central and Penedès Marítimo, it is the largest denomination in Catalonia with 26,000 hectares of vineyard.

We find a wide range of microclimates, a consequence of the coastal proximity and the altitude. Its climate is typically Mediterranean, mild and warm.

This uniqueness results in a great diversity of wines. A thousand of flavors, aromas, bodies and structures … are the fruit of climatic and landscape differences and the richness and variety of the soils that make it up, tinged with the green of the mountains and plains and the blue of the Mediterranean Sea.

This denomination is widely recognized for the quality of its white wines, where they combine traditional varieties such as Xarel-lo, Macabeu, Parellada, Moscatell de Alejandría or Malvasía de Sitges with other foreign that were introduced and acclimatized perfectly over the years, like Chardonay, Sauvignon Blanc or Riesling. A pleasure of the senses (although I emphasize that great red, rosé and sparkling wines are also made).

Xarel-lo is the most cultivated grape variety with an area that exceeds 7000ha. The young Xarel-lo wines are fresh, with a silky but full-bodied character, good acidity, fruity, aromatic and with an excellent alcohol content.

The wines with a certain aging are consistent, warm, long, and with a mineral finish and a markedly varietal expression. Maceration with skins, fermentation in barrels or cement eggs, aging with the lees … different work techniques used in  the wines characterize these enthusiastic and creative producers of the Penedès. 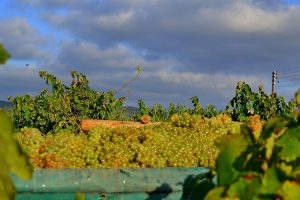 We have 141 registered wineries so the choice is difficult but I personally like: the Anticristiana de Xarel-lo without aging in wood only 4 months on its lees from the Mas Comtal wine state; the Xarel-lo from the Viladellops winery, also young without aging, which stands out for its minerality and freshness; The Xarel-lo de Castellroig a winery that has always been a symbol of elegance and The Romana of the Can Bas wine state a wine from a very old Xarel-lo vineyard assembled with an exceptional chardonnay that results in a creamy, intense white wine, long, noble and interesting.

It is worth trying as well other grape varieties of the area such as “3 Macabeus”, a white wine of Macabeo from three different vineyards made by the Albet i Noya state, a pioneer in the area in making organic wines and a beautiful property to visit. 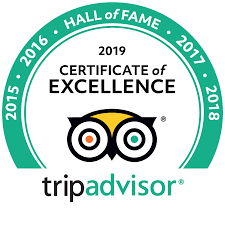 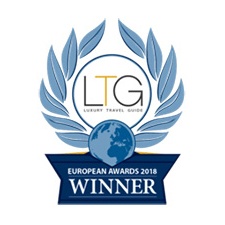